Currently I am writing a console based program in .net Core 3.1. The goal of the program is to have the user input a string and then the console will attempt to guess it. Example:

Anyways while I was creating the program I ran into a problem. The randomly generated string I created was repeating quite frequently, and if the codes were longer the problem exponentially increased.

I used this for my random string generation

How can I accomplish the goal? I saw some things about lists and similar things but was wondering if there was a better way to get the result I am looking for. Thank you! I can clarify anything if needed! 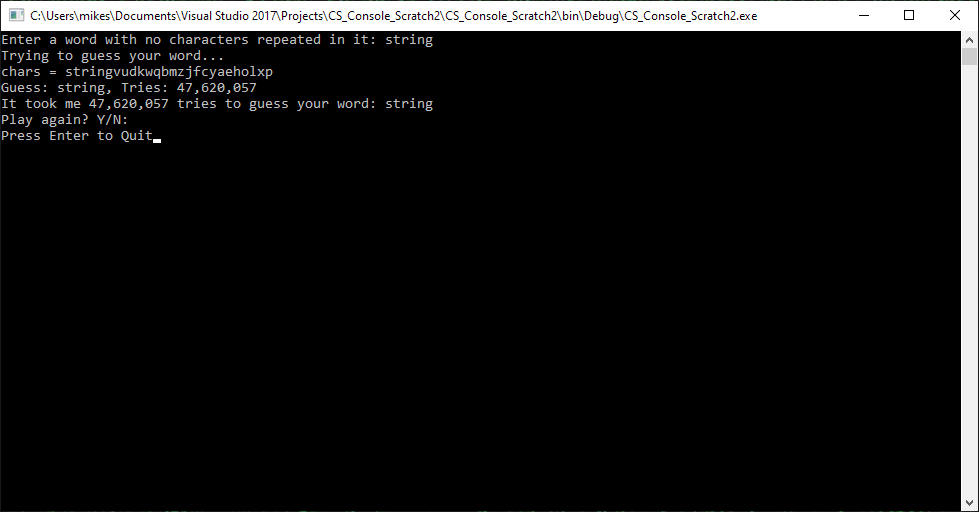 Because you should always show your progress when "cracking" a password…and "crack" it by guessing a random sorted order of letters?